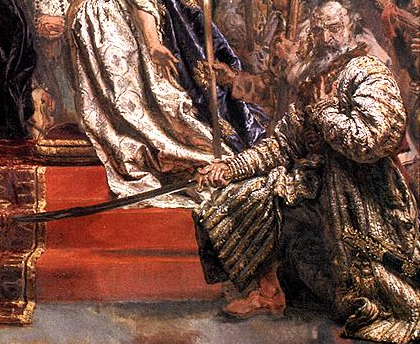 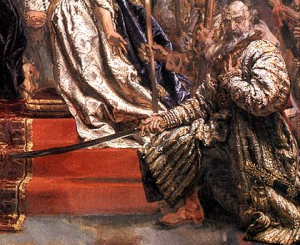 God said, “I have found David the son of Jesse, a man after My own heart, who will do all My will.”
How would you like for God to say something like that about you?  I definitely would!  David was a man of passion!  David was a warrior!  David was also a man who committed some heinous sins!  Yet even in knowing the sins that David would commit, God still called him “a man after My own heart.”
How could this be?
The answer–at a young age David fully “set his affections on the things of God”!  In other words David held nothing back, he committed his all, he said, “My heart is in this!”  It was this profession which postured him to become a man after God’s own heart.  We see that David’s heart was characterized by at least four notable traits that each believer should desire:

#1 – WORSHIP:  David expressed his love and devotion to God through instruments, songs, dance and poetry. His was the heart of a worshiper!

#2 – RIGHTEOUS INDIGNATION: When David went to the battlefield and heard what Goliath was saying about God’s people David became livid!  You can hear the anger and demand for justice when David declares, “Who is this uncircumcised Philistine that he should defy the armies of the living God?”  David was indignant in the face of anything that was against God.

#3 – BOLDNESS: David did not hesitate to tear the jaws of a lion apart and likewise a bear, when they threatened his sheep.  Nor did David back down or cower in the face of the giant.  No, he slew him with sling and then cut off his head!

#4 – REPENTANCE: David sinned.  He lusted after Bathsheba and then stole her by murdering her husband.  How heinous!  Yet it was David’s response after he came to his senses that solidifies his heart as being after God’s.  David’s heart became broken as a result of his sin.  He repented and cried out to God for forgiveness and strength.  He humbled himself before his maker.  In the midst of his sorrow he penned the 51st Psalm.  That is the pathos of repentance of one whose heart is after God’s own heart!

If you want to be as mighty as David was in deed and rewards, then you must begin as he did.  This day say with true conviction, “My heart is in this!”