It Was the Worst of Times,…actually that about sums it up

I have just realized, the Old Testament (OT) is a picture of a father dealing with an infant, then toddler, then tween. This is why Yahweh’s ways seem so barbaric to us now. We live in an age after the Messiah has returned. When one reads the laws of Leviticus and the narrative histories of the OT one cannot help wonder why God would show or command people to be stoned for their sins or to be eradicated because of their proximity to Israel. Then when one considers the sociocultural settings the picture becomes a little more clear.

Imagine going into a meeting with the Viking Ragnar Lothbrok and trying to instruct him on why killing is bad and why he shouldn’t go on raids. He has no concept of such foreign ideas. Such ideas are as foreign to him as the beliefs of the monk, Athelstan. The OT is basically God trying to figure out how to make his way into the community of a pack of barbarians. It is equivalent to a father having to use caveman speech, timeouts and spankings to teach his children how to keep from getting hurt and how to avoid trouble.

From Tween to Teen

The transition from the old covenant into the new covenant is the time of Israel’s age of puberty. All of the disciples, with exception to Peter, were likely teenagers. As thinking, reasoning, budding young men they now have the foundational upbringing of the OT that will allow the Messiah to build upon them the deeper truths of God. The ten commandments were but a low hurdle and a shadow of the teachings of Yahweh, which will now be unveiled by His son, the incarnate deity. So, in the OT you have the command,  “Do not commit adultery” and in the New Testament (NT) Jesus says, “If you look at a woman with lust in your heart you have already committed adultery.” To the toddler the latter makes no sense! But to one who puts away childish thoughts and becomes an adult, this is grand deep wisdom, producing humility and a constant reliance on the Spirit of Yahweh.

“When I was a child, I spoke like a child, I thought like a child, I reasoned like a child. When I became a man, I gave up childish ways. 12 For now we see in a mirror dimly, but then face to face. Now I know in part; then I shall know fully, even as I have been fully known” (1 Corinthians 13). 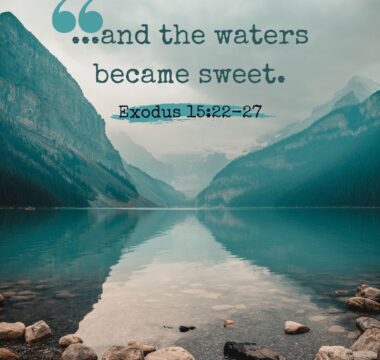 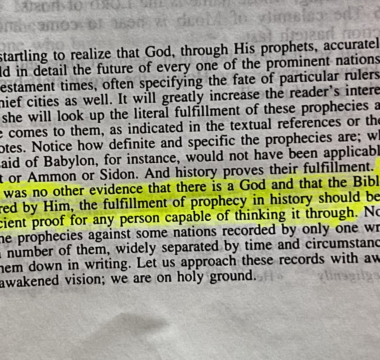