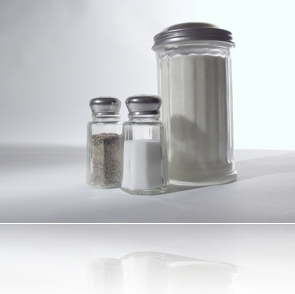 When I read this and meditated on it a bit, I had a great hardy chuckle.  Jesus must have been a hoot to hang out with while here on Earth!  From the various records we have of His conversations it is clear to see that He was pretty hilarious.  I imagine most people didn’t get his jokes, and those who did, did so hours later.  To make His point, Jesus often used puns and analogies that were down right comical, many times sidesplittingly so.  In Luke chapter 17 when Jesus uses Lot’s wife as an example of someone who tried to preserve their life He clarifies the point God was making.  Do you see it?  Lot’s wife was turned to a pillar of salt when she longed to “preserve” her life.    It’s as though when God turned her into a block of sodium-chloride He was painting a very clear picture: “Okay, since you want to be the preserver of your own life, I’ll just turn you into a preservative.” LOL   Sad, yet hilarious.  We can see where Shakespeare got his inspiration!
Believers cannot afford to miss this lesson.  In Matthew chapter 5 Jesus says, “You are the salt of the earth.”  In other words, you Christian, are called to be a cleaner, a healer and a preservative in your environment.  You have been called to make a difference.    Are you being the salt that your family, friends, classmates and coworkers need?  Are you being and communicating the Good News that opens the doors to eternal life?  Salt is a cleaning agent.  Salt is a healing agent. Salt is a preserving agent.  Be salt my friend; be salt.

And one more thing…when you pour yourself out, when you become the salt that your world needs, you will begin to fully realize that you yourself have been miraculously preserved and more than that, you are living and partaking in “life to the full,” in “abundant life”!

“Once salt dissolves into the soup the soup never tastes the same.” (Ravi Zacharias)